An attempt has been made to encompass all aspects of life in the Island but one may be led to think that the old body of tradition is more truly found in the cottages and small farms of the countryside. English ways inevitably infiltrated into the towns and the large quarterland establishments. The very houses themselves bear witness to the changes that have taken place.

One of our many interesting discoveries was a diminutive puddled mud cottage almost intact at Ballacowle Beg, Cranstal. Its thatch and beams were still in position and its smoke hole bent cap pushed into the thatch was discernible. The larch beam used as a lintel was still covered with peat soot and we were able to measure the wooden canopy chimney, although this was damaged.

From Mr Corkish, the occupant of the farm, we heard many stories of old Paaie Cala (Margaret Callow) who once lived in it and thus were able to reconstruct its past.

Her miniature dresser, only three feet six inches wide and stained with ox-blood hue, still stood to the left of the entrance. A brown glazed stoneware bottle marked ‘George Heron, Wine & Spirit Merchant’ lay on the floor. It had been used by her as a hot water bottle, a common custom in the 1860s.

She drew her water from the stepped well which is still to be seen in the northwest corner of the well field in which the little house stands.

We are told she kept her cottage shining and fresh. Her scraas were papered and colour-washed; flowered paper hung on the walls. Her table with its tiny bench stood opposite the doorway and was scrubbed each day with sand. Her narrow bed was hidden behind a print curtain to the right of the entrance.

When she first occupied the cottage, we are told she would pull a bart of gorse tied with suggane (twisted straw rope) into the doorway when she went to Ramsey on mart days. Later a door of tongue and groove (“one piece of timber did two jobs”) was added.

It is not known if the well still exists.  The well is shown on the OS.

If you have any information on this well please contact me and quote well record number (212) as this will help identify which well you are referring too. 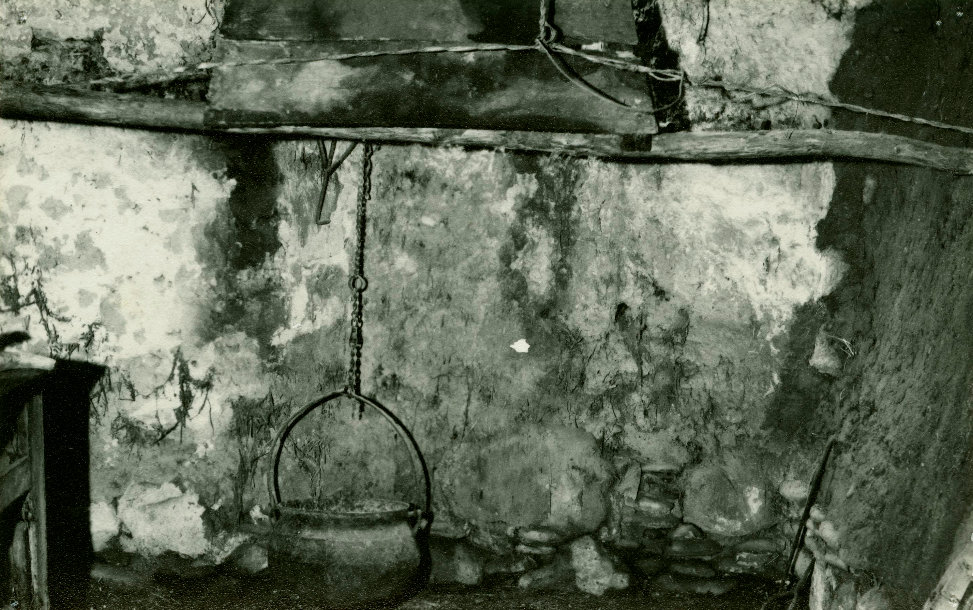