It stood at the top of Bigwell Street in the days before the town was supplied with water from the Clypse Reservoir.

Many people when consulting the census records for Douglas, find they have an ancestor who lived in Big Well Street at some time, so I have included two different views of this street.

Altogether there were 34 houses in the street which varied in size from two to four floors. Nearly every house was divided and rented to three or four families. Large families may have been able to afford two or three rooms if the older children were working, widows may have had to live in one room with their children, all eating and sleeping in a room that only measured a few square yards.

At No. 6 was a grocer’s shop, in 1871 it was run by William Quilleash his wife and family. By 1881 it had changed hands and George Hussey and his third wife Margaret were in charge. George had arrived with his first wife Matilda, in 1850 from Ireland, at first being employed as a labourer then gradually working his way up to be a Provision dealer in Hanover Street in 1871.

In No. 34 lived the Corkill family, William the head of the household came from Abbeylands in the late 1860s, he and his wife Mary kept 6 cows in the street. They were not unusual in this there were several cowkeepers in the street, even as late as 1894 Robert Christian is recorded as being a cowkeeper!

The Corkills were unusual in the fact that they lived there for over ten years, most of the tenants seem to move in and out, sometimes changing from one house to another.

There was one large well in the street, buckets of water could be purchased and delivered further afield for a 1d (one old penny). There were also some smaller wells in the back yards belonging to the houses.

Unfortunately, none of these houses remain, they were mostly demolished in 1929 for flats to be built and the street renamed Lord Street.

The exact location of the well is currently unknown following development of the area in 1929 and the building of the Douglas Corporation Lord Street flats.  Big Well Street ceased to exist but the well was probably in the area of what is now upper Lord Street.  The photographs below from 1912 show the well in situ.

There is no access to this well as it no longer exists.

If you have any information on this well please contact me and quote well record number (13) as this will help identify which well you are referring too. 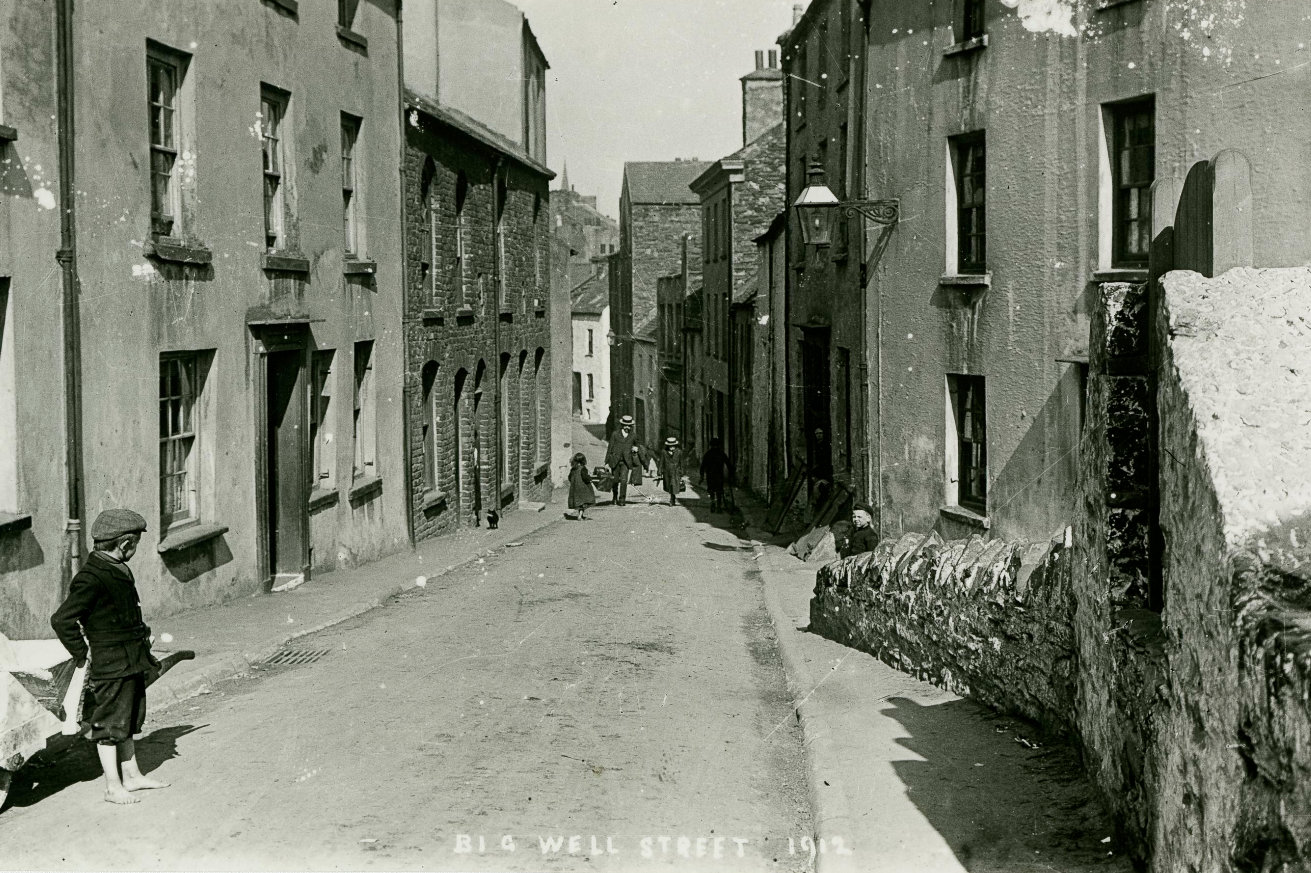 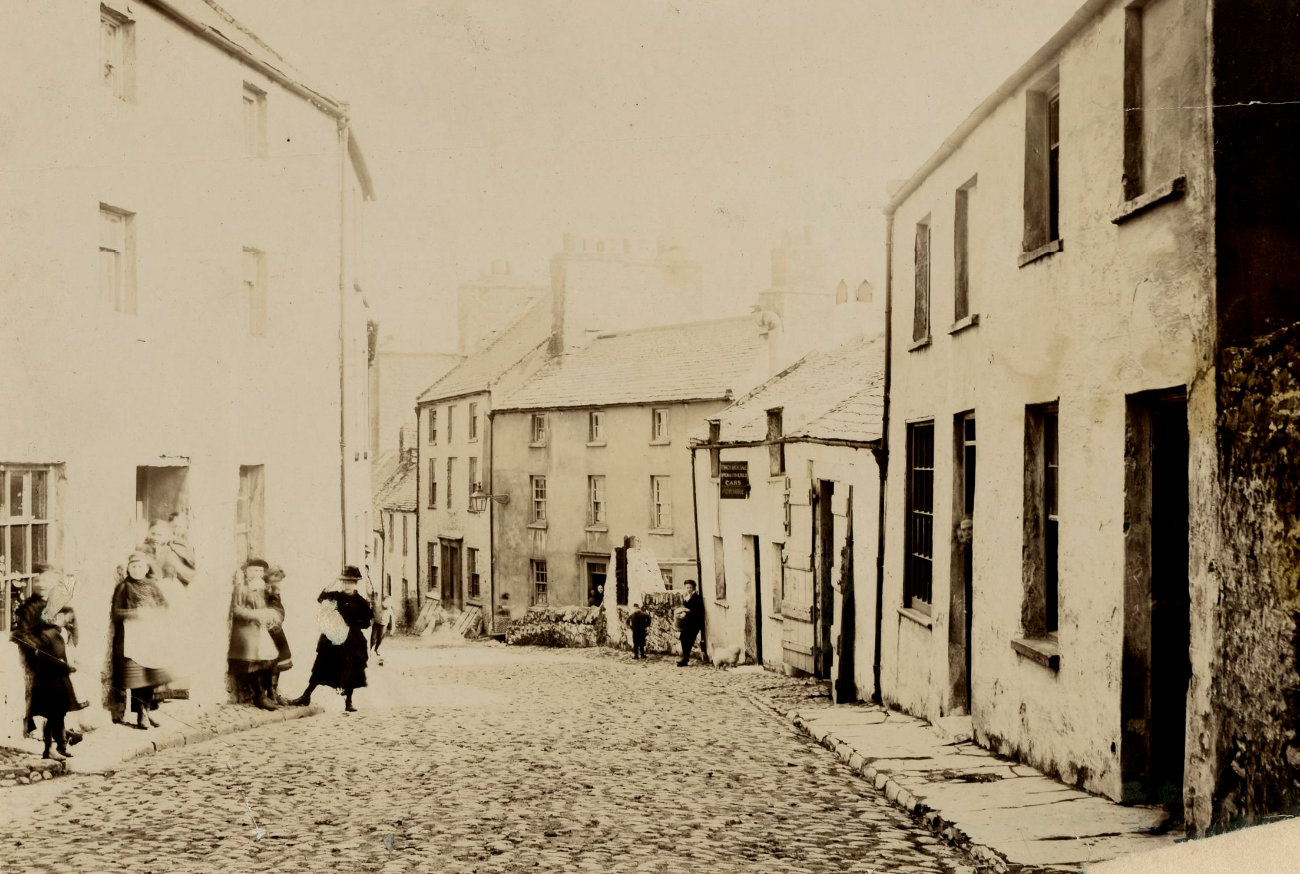