Many extraordinary properties were ascribed to the Nunnery Well, dedicated to St. Bridget, but as Waldron (in 1731) says, it was, “of late suited to dry up”.

Water was taken from the sacred well for baptismal purposes in connection with the parish church and St Bridget’s Chapel. The chapel, for long the stables, was reopened for worship in the late 19th century. Until 1998 it was still regularly served by St Matthew’s but then the new owner stopped these Anglo-Catholic services and the chapel was deconsecrated and allowed to decline. The chapel has now been converted to provide teaching space.

St Bridget’s Chapel is now the only existing remains of the original Nunnery establishment, probably dating from the 12th or 13th century. Kermode quotes “Gothic doorway in the S. wall and two side-windows. Piscina of grey sandstone. Two pilasters from the cloister. Burial Ground adjoining”.

The well was restored in 1910 and the two b/w photographs were taken in the 1940s.  Since this time the well has suffered greatly through both lack of use and storm damage when a tree fell on it c.2007.  See below for link to storm damage photographs. 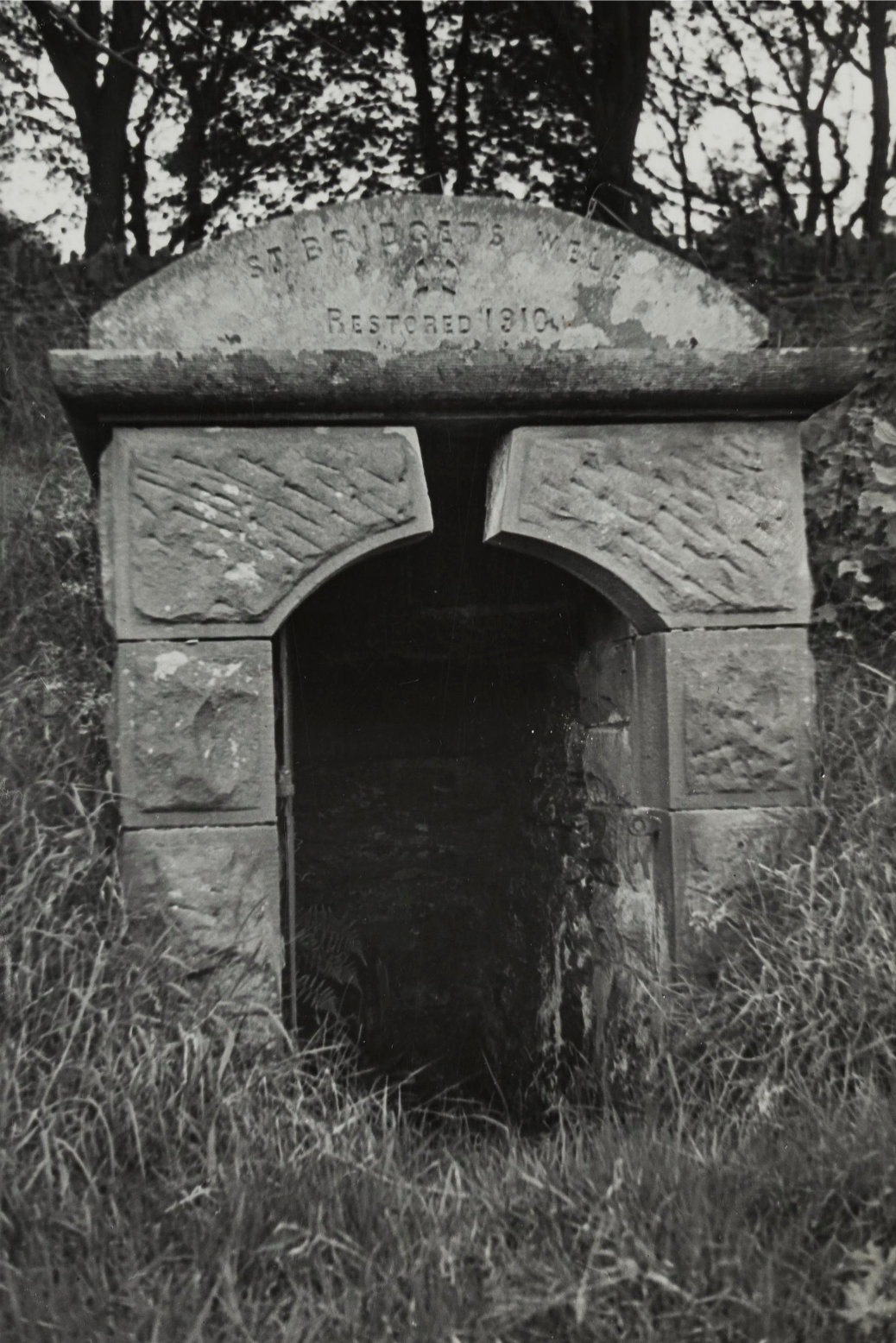 The well is just off a public footpath which you can access from the Old Castletown Road and not far from the Goldie Memorial.

If you have any information on this well please contact me and quote well record number (144) as this will help identify which well you are referring too.