Well, on the Bride Road, Lezayre.

The well is indicated on both OS maps (see below) and is SSE of Balladoole.  It later appears on a deed map dated 4 March, 1904 between James M Cruickshank & Others and The Manx Salt & Alkali Co. Ltd and this was discovered by Dave Martin when he was working on the recent Saltworks series or articles.

James Murray Cruickshank was an advocate and founding partner in Dickinson, Cruickshank; he later became High Bailiff of Ramsey and Peel.

Thank you to Dave Martin for highlighting this well with me and for supplying the deed information and deed photographs. 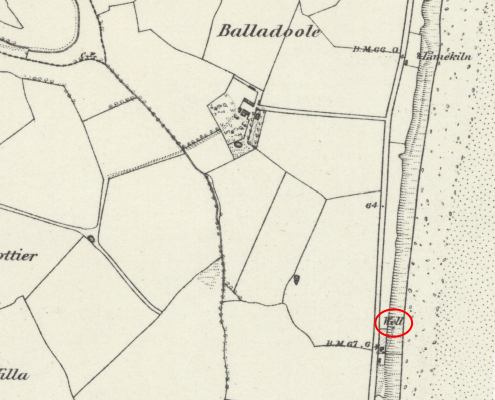 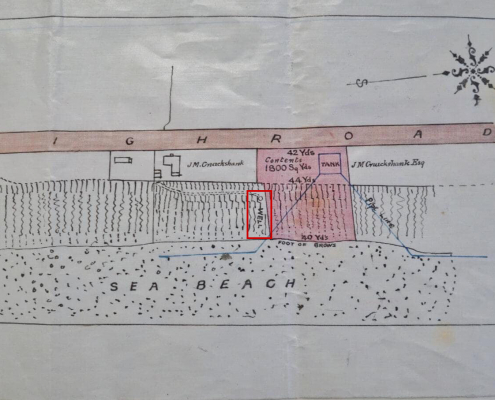 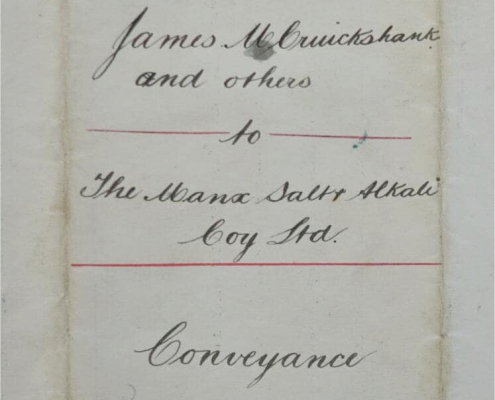 The well is (or was) on the Bride Road, Lezayre and SSE of Balladoole.

It is unknown if the well still exists and from looking on Google, its location appears to be in an area of gorse.  It is likley on private land.

If you have any information on this well please contact me and quote well record number (237) as this will help identify which well you are referring too.