An attractive well that may be constructed of beach stones.  Unusually wide circumference – the largest I have seen.

The well is approx. 43m SSE/152o of the main house in a grassy area surrounded by a number of trees which creates a lovely setting.  For safety, it is currently covered over with a large concrete slab.

It was likely a domestic well.

There are historical reports of a keeill in the area and the following is from Kneen’s Place-names, 1925:

‘Colum or Columba’s farm.’ Found both as a Christian name and surname in the Isle of Man. As there appears to have been an ancient church here, a dedication to St. Columba is not unlikely.
“There was an ancient keeill situated near the W. end of Ballacolum, or between there and the river, the exact site is not known to me, but I have heard old inhabitants of the Lhane say that in the old times girls went there in search of beads. It was also stated that a fisherman removed a font from the place and used it as a barking pot for his fishing-gear. The next time he went to sea the boat would not hold him and his companions had to put him ashore.”

And a further reference in a List of Manx Antiquities, 1930:

Site of Keeill, Ballagonnell, near the w. end of Balla colum, treen of Ballyhamyg. On the N. side of the road from Andreas village to the Lhen, about 100 yds. w. of house. The late Archdeacon Moore thought this had been called ‘S. Martin’s,’ but it is mentioned as ‘Keeill Columb, near Ballacolum’ in Mx. Soc. v. 197, and the name of the adjoining farm suggests rather a Columban foundation. It is still remembered that the foundations were removed when the Tower was being built at the Church. A stone basin, called a Font, was found which an old man used as a cooking vessel till it broke and was taken away with the other stones. Glass beads found.

Thank you to the owner for the invitation to see it and for some local history. 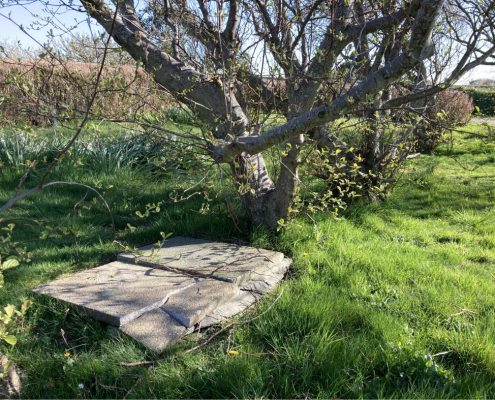 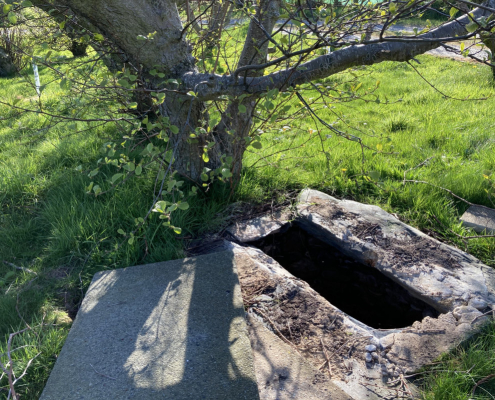 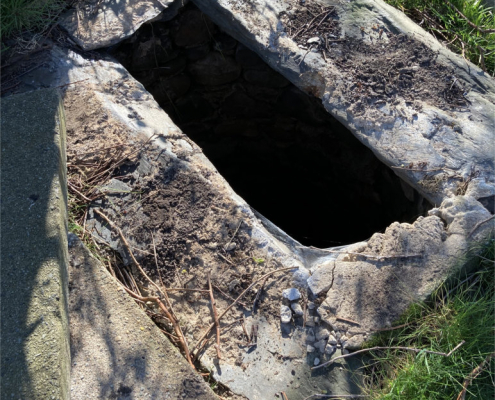 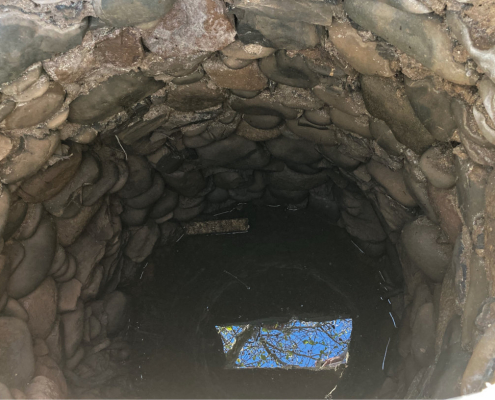 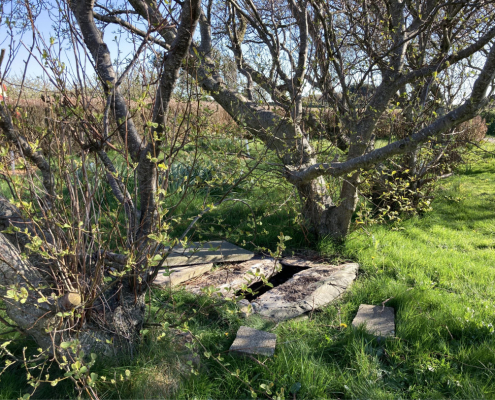 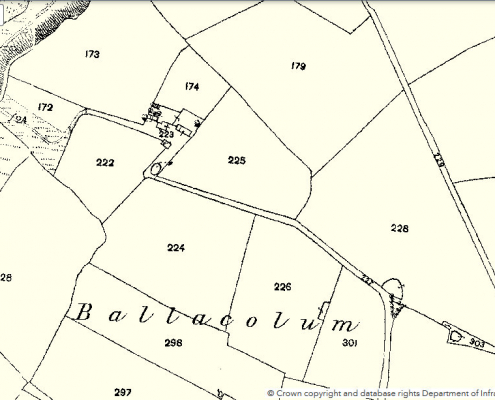 The well is approx. 43m SSE/152o of the main house in a grassy area surrounded by a number of trees.

NLS OS 6″ Isle of Man Sheet II Surveyed: 1869, Published: 1870.  The well is not indicated on the OS nor is a spring but there is a circle in the area of the well’s location and this may represent a dub/pool.

If you have any information on this well please contact me and quote well record number (225) as this will help identify which well you are referring too.