Improvements lately made at Peel Castle, furnished by an esteemed correspondent who takes a loving interest in the work of its preservation.

The Preservation Committee has been actively employed during the present summer in extending the explorations and furthering the improvemetns at Peel Castle. They commenced operations early in May and from that time to the present, have had a number of men constantly at work. The scene of their labours this year is the open space and range of buildings, including the Bishop’s Palace lying immediately to the north of the chancel of the cathedral.

Visitors to the Castle may recollect that upon leaving the crypt – in which the Duchess of Gloucester was for so many years imprisoned – by its north entrance, they came into a kind of courtyard where nettles and rank weeks grow most luxuriantly. These, together with fully three feet in depth of debris, have been removed, and the whole courtyard cleared to its original foundation.

A considerable portion, immediately adjoining the palace, appeared to have been paved with the common boulder stones from the beach. About mid-way between the cathedral and the palace, the workmen lighted upon an old well which had been entirely filled in with large stones and rubbish. It was with some difficulty the stones were removed; they were so tightly packed and wedged together. At length, however, they were got out, when a fairly-built well, 4.5 feet in diameter and 10 feet in depth, presented itself. About 2 feet of inky black, and most uninviting looking water was found at the bottom.

Immersed in the water were a large key and several pieces of iron, thoroughly corroded; also several oak staves and pieces of willow hoops, the remains of an old Manx kurn ushtey (water can). These cans were usually formed of oak staves, bound with willow hoops having one handle and were of various sizes. The remains of the can thus discovered showed that it had been a small one, the staves being only 11 inches deep. The handle is perfect.

The timber, when taken out of the well, was so thoroughly saturated with water, as to present to the touch the feeling of sponge. Upon being carefully dried, however, it has acquired a fair degree of hardness.

The well has been emptied several times, and it is hoped that when it has been thoroughly cleaned, the water (of which there appears to be a plentiful supply) will be fit for use. It has been suggested that it should be called Chibbyr Aspick (the Bishop’s Well), as from its contiguity to the palace, it was evidently for the use of the inmates.

The existence of this well was entirely unknown, and it may be fairly assumed that it has been filled up for at least 200 years.

The well is now filled in.

Peel Castle is open part of the year and you can find details here.

If you have any information on this well please contact me and quote well record number (208) as this will help identify which well you are referring too. 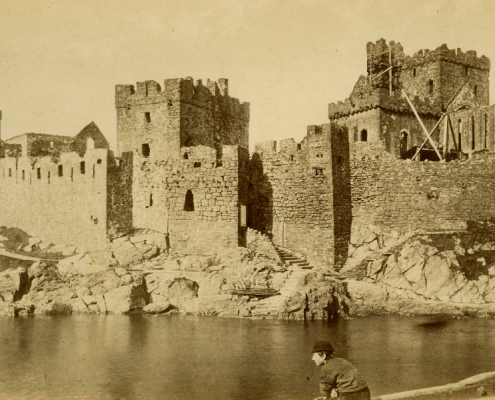 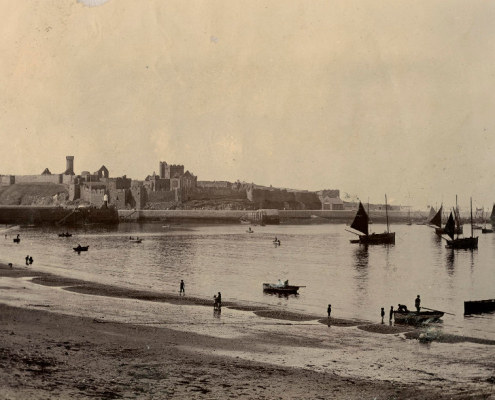 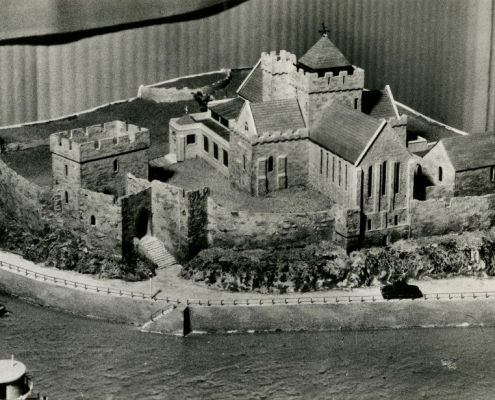 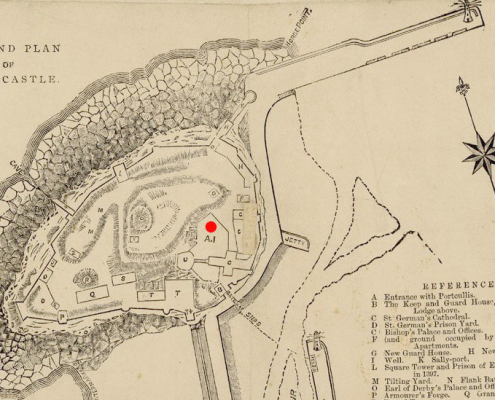