Manx folklore is full of tales of fairies, brownies, and phynodderrees, and the influence these mythical beings exert on ordinary individuals. Those who wish to be specially favoured by the tiny fraternity must strictly conform to certain well-known rules, or luck will pass them disdainfully by.

This is particularly the case when anyone visits a Wishing Well to placate the fates and turn things to their own good. Having decided on what most to wish for, the wisher must stoop and drink from the palm of the hand three times, without speaking, at the same time revolving the wish, as it were, in the mind during the process. The wish must not be confided to any person however intimate until it be accomplished, or the breach of faith with the presiding deity will be followed by disaster and ill-fortune.

There are at least two Wishing Wells in the vicinity of Laxey — namely, the one on the top of the beach known as Lord Henry’s Well, and the other at Chibbyr Pherrick (St Patrick’s Well).

The Chibbyr Pherick is considered a very good Wishing Well, and visitors from Laxey who climb the mountain road to explore the beauties of Glen Roy are recommended to step aside and taste the magic waters of this famed spring. It is a good climb up the hill past Axnfell, but the splendid views of the valley that are unfolded by the way make the pilgrimage well worth the energy expended.

Chibbyr Pherrick means the Well of Patrick. In past generations it was much frequented for cures. It is a perennial spring from under a brow of rock, filling a rocky basin about a foot deep, and overflowing into a little ghyll going down Llergy Grawe to the Glenroy river. On the other side of the ghyll, thirty yards from the tumulus, is ‘Spoot Phaddy,’ a smaller perennial spring falling over a stone spout.

‘Pherrick ‘ or ‘Perrick ‘ is, of course, from Patrick and Paddy or Phaddy from Palladius, the other apostle of Ireland, who left Ireland and passed over into Scotland, ending his ministry before Patrick began his more successful enterprise.

…The site for the cronk or tumulus stands within ioo yards of the well across the little ghyll. Also, there is a massive menhir about 50 yards from the well on the same side of the ghyll, and over against the tumulus and ‘Spoot Phaddy.’


Report of Archaeological Section 1924-1925 by Rev. Canon Quine from Proceedings of the IOM Natural History & Antiquarian Society, Vol 2, No.4, 1926

St. Patrick’s horse, stumbling at this spot, dislodged a turf with its hoof and so created the well, which the Saint inaugurated by taking a drink of its water.  As with certain English and Scottish wells, whosoever slakes his thirst at Chibber Pherick, Lonan, without leaving an offering will be punished for his stinginess or negligence. In this case, he will be sure to lose his way afterwards.

Chibber Pherick Fair used to be held here every 12th May. Like many other Manx country fairs it dwindled and vanished, and its well is following it for want of a little attention.

Chibbyr Pherick – St Patrick’s Well – is a spring of clear water so cold that even on the hottest days, butter washed in its water in the churn quickly becomes hard.

What3Words: quieter.cashed.veer (in this area).  Toggle to satellite view by clicking on globe bottom r/h corner

If you have any information on this well please contact me and quote well record number (95) as this will help identify which well you are referring too. 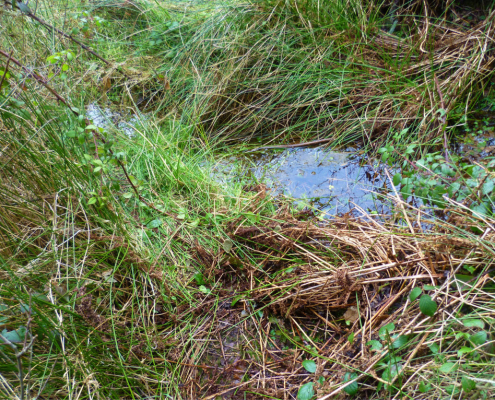 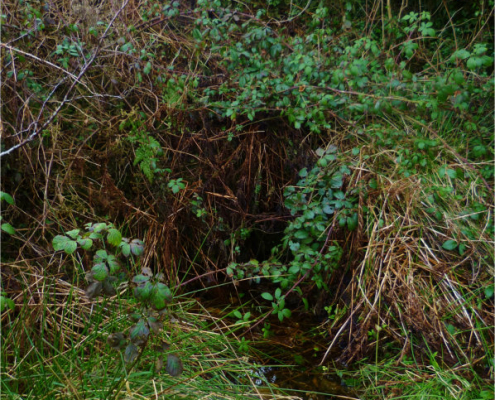 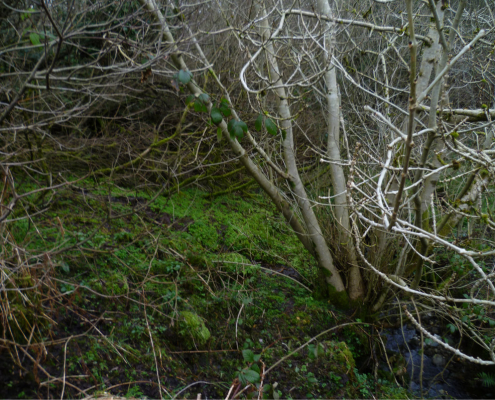 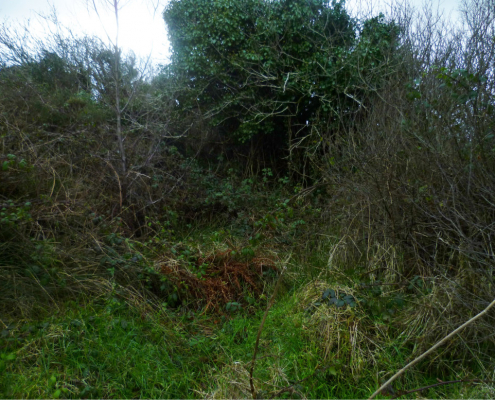 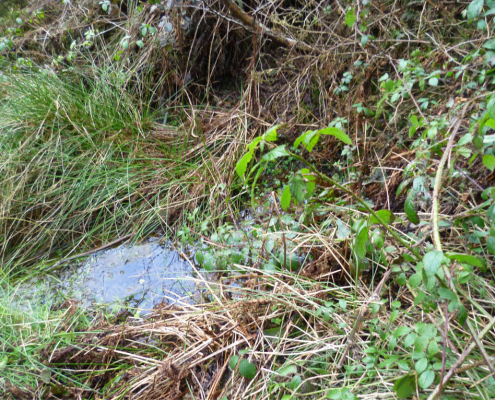 (All photographs for this record are courtesy of Sam Hudson)