…There used to be another Holy Well at the top of Peel Harbour, near the railway station. It was closed about forty years ago; Mrs. Caley’s house now stands over it.

Chibbyr ‘Parick’, Patrick’s Well, was better known as the Big Well. Before the days of the waterworks company it was this well which supplied the fishing fleet with water. Place names form a valuable record, for, even when the name of Chibbyr Parick will soon be forgotten, the Well-brow, the old place-name of the hill which led down to it would have perpetuated its situation; unfortunately, some years ago, this hill was renamed Station Road, thus losing another link with the old history of Peel.

The quay at Peel years ago was a busy place and our older readers will recall the activities associated with it.

Starting at the bottom of the ‘Well Brew’ (now Station Hill), we found the old well which supplied the water for the people of the district, this being occupied by Mag Sheard (sweets) and Bob Bell (shoemaker).  This is where Viking House now stands.

The well is not shown on the first OS map of the area but does appear on a plan of Peeltown dated 1848 held by the Isle of Man Public Record Office (see below).

The well no longer exists.

If you have any information on this well please contact me and quote well record number (120) as this will help identify which well you are referring too. 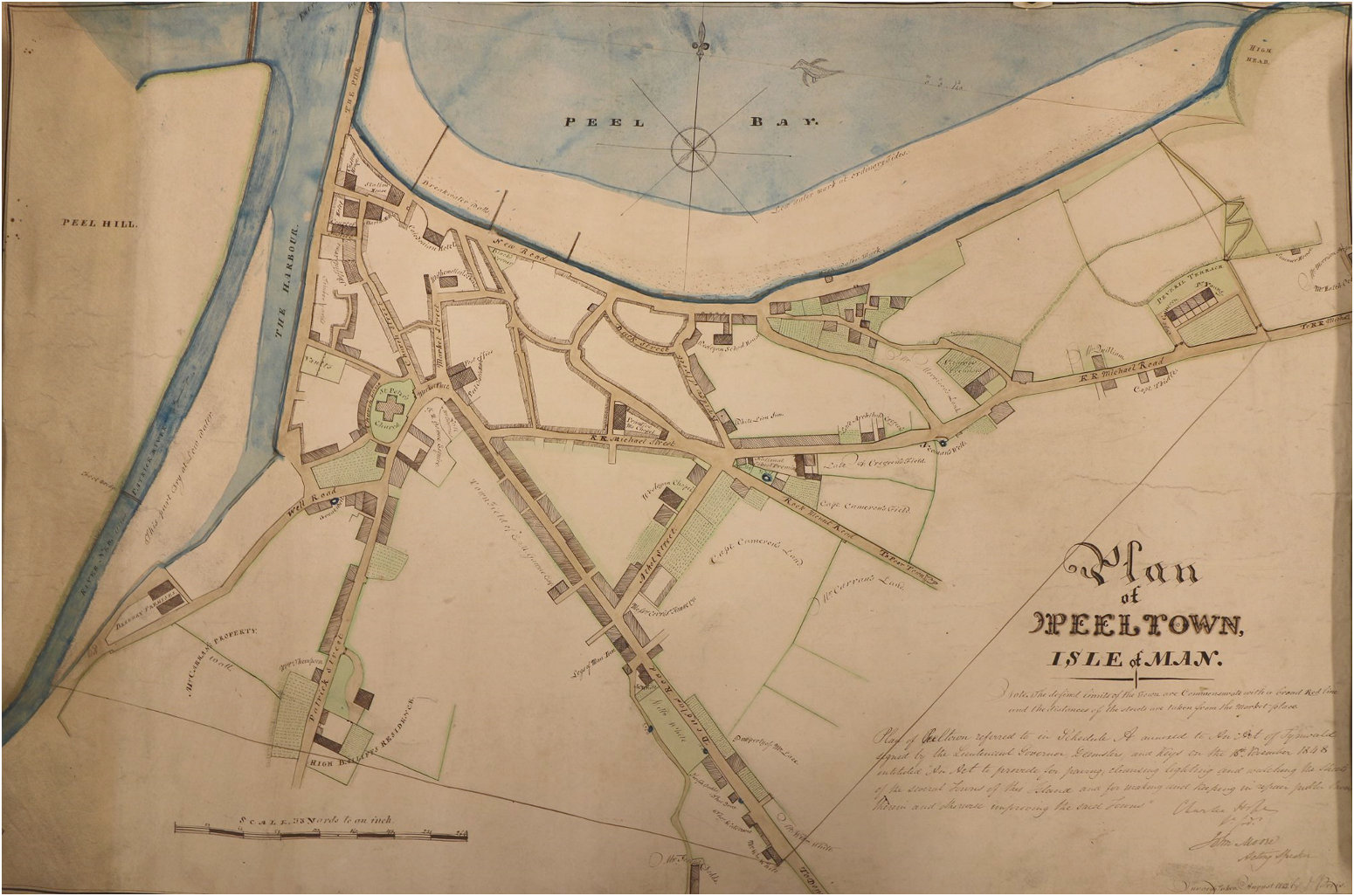