Bayr ny Merroo, ‘Road of the Dead,’ passes from the neighbourhood of Shellack Point to Keeill Vreeshey, Kirk Bride.  It was the customary route for funerals.

On reaching a spot called Dub ny Merroo, on Lamb Hill, the bier was laid down on a stone, round which the party gathered, a prayer was said, and a handful of water from the pool was sprinkled on the corpse by the chief mourner.  The procession then resumed its way to the church.

The ‘stone’ may have been the base of an old cross; many of these formerly stood on the roads leading to the parish churches and were used for the purposes just described.

…On the return journey, a pause was made to see a Church Path which leads through Ballavarkish to Bride Church road, at which point is a spring called the ‘Dem-ny-Merriu’ where a corpse on the way to burial was sprinkled with water and his name called. Mr Quayle wondered if this was to ensure that he was baptised and so could be buried in consecrated ground.

Mr Ramsey Moore said there was an idea that a public right of way could be claimed if a corpse were carried over it for burial. In his opinion the reverse was the case: the corpose was carried that way because there was a right of way already there. He cited the case in Lonan where a farmer objected to a funeral procession passing over his land from Ballacowin to Ballacross.

At the boundary of the Shellag Farm is a hedge footpath known as the funeral road. It leads to a pond known as the Dead Man’s Dub. In former days it was the custom to sprinkle the body for burial with water from this dub to make certain that the person had been baptised and so could be buried in consecrated ground.

…The next stop was made at the boundary of Shellag Farm and Ballavarkish, where a footpath to the Lambhill Road lies for part of the way along the top of the boundary hedge. This was known as the Funeral Road, and leads to a pond on the Lambhill Road called ‘Dem-ny-Maroo’ or ‘Dead-man’s-dhub’. In the past the body for burial was sprinkled with water from the dhub and the name called. Mr Quayle suggested that this was to make certain tha the person was baptised and could be buried in consecrated ground.

The dub was at Lambhill, Bride (unsure if it still exists).

From the photographs it looks to be on private farmland.  Please obtain landowner’s permission before entering.

Photographs on imuseum – Pool of the Dead

Photographs on imuseum – Road of the Dead

If you have any information on this dub please contact me and quote record number (131) as this will help identify which one you are referring too. 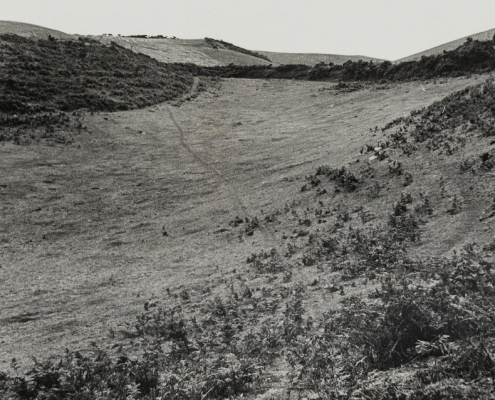 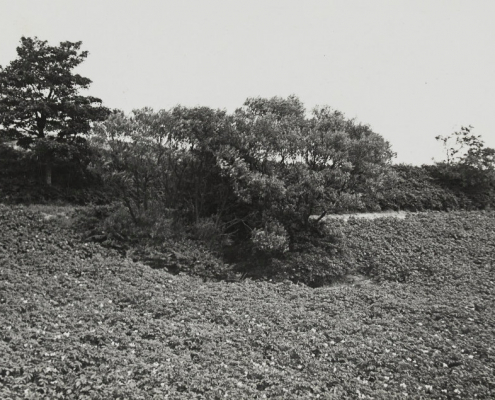 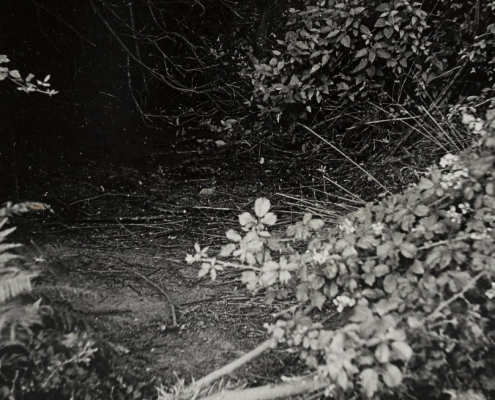 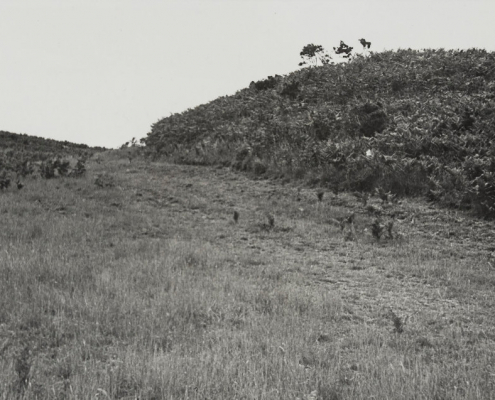 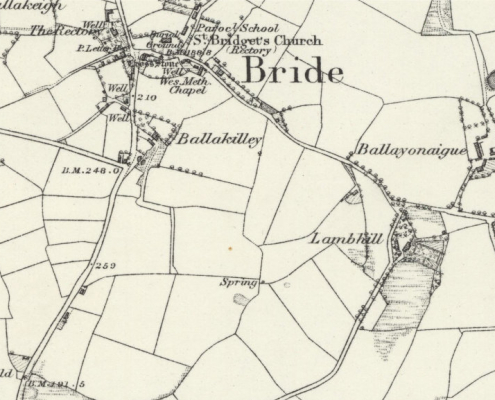